A common issue when someone wants to learn about SEO is the lack of trustworthy information available to the public. Don’t get me wrong, there’s plenty of information out there, but most of it is created by people that want to sell something to you or by great SEO’s that don’t want to hand you their bread and butter.

Do we blame them? Not, we are one of them. SEO is hard work, trying and failing, so when you finally do something that works well, you don’t want to hand that information over to your competition or potential competitors.

A debate we see blossom because of this is whether or not using 301 redirects to create backlinks works or not. Another discussion we see is about whether or not expired domains carry any value.

Our team member here at Onmark, Kevin Maguire, has been doing SEO ever since search engines appeared and has had massive success within some of the most competitive niches for years. He knows the answer to both of these debates, but we wanted to create three isolated tests so that you could see what happened with your own eyes.

Websites such as Spamzilla, GoDaddy, Dynadot, and others make millions of dollars in revenue every year due to people buying expired domains. The expired domains are mainly used to create money websites and PBNs, but some are purchased to create 301 redirects.

The problem was that John Mueller never said that, and the author of the article made it clear several times that he doesn’t know the first thing about expired domains.

The question that was asked John Mueller was:

“Would reviving content on a parked domain have any kind of ranking advantage?”.

What should have been asked is:

“Would reviving content on a parked domain having multiple niche relevant backlinks pointing to it have any kind of ranking advantage?”

We were happy about this because we had started to run our tests a few months earlier, making the results of our tests more interesting. It also meant less competition for a while.

An Introduction To 301 Redirects

A 301 is a permanent redirect from one place to another. The most common 301 redirect on the internet today is from HTTP to HTTPS. It is also commonly used to redirect old URLs to new URLs and move from one domain to another.

In 2016 John Mueller said that no PageRank is lost in a 301 redirect. We don’t have the evidence to confirm or prove John Mueller wrong in this matter, so we won’t talk much about it. We do know that knowledgeable SEO’s claims that it carries over 87.5% of the original PageRank.

Although this is public information, you still find many excellent SEO’s claiming that 301 redirects are spammy and don’t work as a backlinking strategy. Having used them for years together with other types of backlinks, we felt the need to find out whether or not they work.

The Test of Expired Domains + 301 Redirects

As you might have understood, this test is about finding out if two supposedly spammy SEO techniques work together.

We started by purchasing three different domains. Two of the domains had very niche-specific links pointing to it, and the third had several newspapers, magazines, and a few .gov domains pointing to it, making them somewhat similar in weight.

The domains were also similar in age, when they last ranked, and how much they cost.

We made sure the competition was between 35 and 45 in SEMRUSH, making it unlikely that any of the websites would’ve ranked on a new domain without any backlinks pointing to it.

We also signed up for affiliate programs, making the test more realistic for our audience.

We spent a month creating informational, transactional, and commercial content for all three websites, making sure none were naked.

The first thing that happened was that all of the websites started ranking for their previous keywords. Despite them being dead for over one year, all of them picked up keywords that they used to rank for, giving an early indication that the articles claiming expired domains are being reset provide wrongful information. This happened after approximately one week.

A month into the tests, the websites had started picking up more and more keywords within the niche we tried to rank for. The keyword difficulty ranged between 0 and 35.

Both domains carrying niche relevant links with them from earlier kept ranking for the old keywords in this period, while the third website lost its old rankings.

After getting solid information pointing towards expired domains with backlinks having more weight than new domains, it was time for step 2 of our test.

To do that, we purchased ten expired domains for each website. For the two websites having a niche relevant backlink profile, we stayed relevant with our 301s.

With the one having newspapers pointing to it, we purchased expired domains with links from websites such as forbes.com, medium.com, nytimes.com, jpost.com, etc.

All three domains received their 301 redirects on the 15th of October 2021. After this day, all websites have received two articles per week.

Here are the results:

Takeaways from the test

The most important part about running tests is to learn from them. That is why we are delighted with the results from these tests, as it gives us helpful feedback on more than we set out to find. Here are our key findings:

Our Comments on the tests

We have named them “tests” and not “case studies” because we believe there are too many variables, and we haven’t done a good enough job on isolation to qualify as a case study. Although not perfect, the tests show clear indications and come close to concluding that there is no reset button on backlinks pointing to an expired domain, and therefore they work.

Within weeks of implementing the 301s, all websites started picking up keywords they are unlikely to pick up without backlinks. To our surprise, the websites with niche relevant backlinks and 301s performed much better than those focusing on high 3rd-party tool authority. We expected them not to show any significant difference.

We are not surprised by the performance of the websites, however. Businesses purchase other businesses every day. They inherit most of their employees, offices, and customer base with those purchases. If there is one time you should listen to John Mueller’s hints, it’s when he makes references to “the real world.” It makes sense that a 301 provides page rank; however, not all of it. 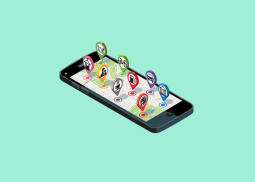 Grow your business with the local SEO service from Onmark. Appear in local maps, listings and reach your audience through local newspapers. 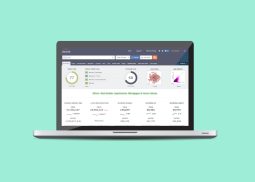 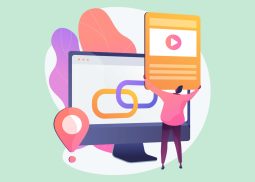 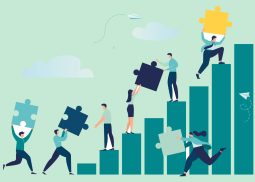 We like to say that we are in the business of making money for other companies. Link building is a must when you want to appear in good positions for keywords in competitive industries and niches. 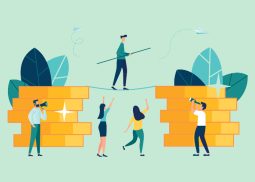 Are you in need of experienced, high-quality consulting SEO services from professional SEO consultants? Here at Onmark, we have been doing SEO since search engines appeared, making our team some of the most experienced SEO consultants out there.